The World’s Wealthy Get Richer Despite the COVID Pandemic 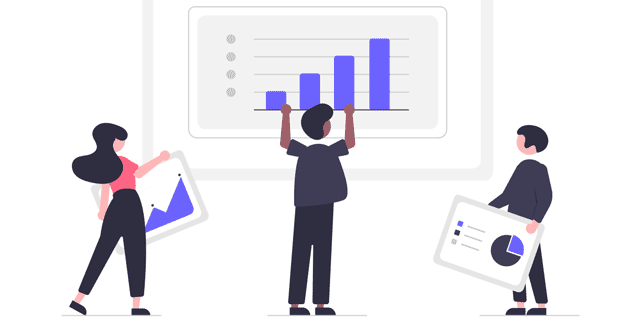 The wealthy have seen their fortunes grow even larger during the coronavirus pandemic.

Although the pause button was hit on the world economy and stock markets when the virus struck,  the value of investments, homes and other assets has surged to record levels leading to significant gains in household wealth.

Everyone has a share in the $28.7 trillion gain this economic resurgence added to our global net worth during the pandemic.

Unfortunately, our shares in all that wealth are unequal because some people have carved a larger slice from the pile than others.

According to a new report from the Swiss bank Credit Suisse, five million people became millionaires during the COVID-19 pandemic. At the same time, millions of others lost their jobs or struggled to pay their bills without help from government-backed furlough schemes.

The gap between the world’s rich and poor

The world’s wealth is spread thinner in some places.

Supporting the income pyramid is around 55 per cent of the world’s population – which adds up to 2.9 billion people – who have a personal net worth of less than $10,000 each.

These two steps of the pyramid cover 88% of the world population.

At the top of the pyramid are the wealthiest 1 per cent who are worth more than $1 million each.

The Credit Suisse Global Wealth Report reveals 2021 is the first year the top tier had to have a wealth of more than $1 million to join the world’s most affluent elite.

Focussing on the 58 million or so people making up the 1 per cent of the world population sitting at the top of the pyramid, 49 million are worth between $1 million and $5 million.

The numbers shrink dramatically for the super-rich.

According to the Forbes Billionaire List, at the pinnacle is Jeff Bezos, founder of the shopping website Amazon, who has amassed a personal fortune of $177 billion.

Biggest gains and losses by country

Where you live and how your government handled the economy during the pandemic makes a difference to your wealth.

So does the impact of coronavirus on the economy.

Saudi Arabia and the United Arab Emirates suffered due to their reliance on expat workers to run their economies based on drilling for oil and gas. As travel restrictions grounded workers in their home countries and offices and factories closed, demand for fuel dropped.

“Few countries suffered a loss of wealth in 2020, and the losses that did occur were quite modest,” says the Credit Suisse report.

“Currency depreciation caused wealth per adult to fall in Brazil, Chile and Russia, but by less than

Around half of new millionaires came from the USA (1,73 million) or Germany (633 million).

Not every country gained millionaires. Brazil lost the most – 108 million wealthy individuals – while India (-66 million) and Russia (-44 million) suffered as well.

The report also reveals the world’s top 20 countries where the wealthiest people live.

The USA has more than five times as many millionaires and super-rich individuals as China, ranking second in the list.

Where the world’s wealthy live

What the future holds for global wealth

Low and middle-income countries will see their wealth grow by 42%.

Personal net worth per adult is forecast to increase by almost a third, past the $100,000 watermark for the first time.

The number of millionaires will soar to more than 84 million, and the number of super-rich, worth $10 million or more, will surpass 344,000.

“The United States has by far the largest number of millionaires, well ahead of second-place China.

But the gap will be eroded. We project a 28% rise in the number of millionaires in the United

“We predict that Indian millionaires will number 1.3 million in 2025, an increase of 82% over the next five years.”

How wealthy is super-rich?

To join the ranks of the super-rich, you should have a personal net worth of $30 million or more. The super-rich are ultra-high net worth individuals (UHNWI).

Next on the scale are VHNWI – very high-net-worth individuals – who have amassed fortunes between $5 million and $30 million.

Then come HNWI – high net worth individuals – worth between $1 million and $5 million.

According to the Forbes Billionaire List, 2,674 individuals are worth more than $1 billion worldwide.

What does net worth mean?

The definition varies between surveys but generally means that someone has a pile of cash sitting in the bank, called ‘cash in liquid assets’.

For a high net worth individual, this is $1 million.

Which countries have the fewest super-rich?

A look at the world wealth map shows a massive gap between the rich living in North America, Australia and Europe, while most of the poorest people live in South America, Africa and much of Asia.

Who is the wealthiest person in the world?

Amazon’s Jeff Bezos has a $200 billion personal fortune and leads the list of the world’s wealthiest people by $50 billion. Tesla CEO Elon Musk is in second place with a net worth of $151 billion.

Rich list compilers try to source accurate data, like accounts and other financial information in the public domain. At best, however hard the compilers try, the data is a best guess.