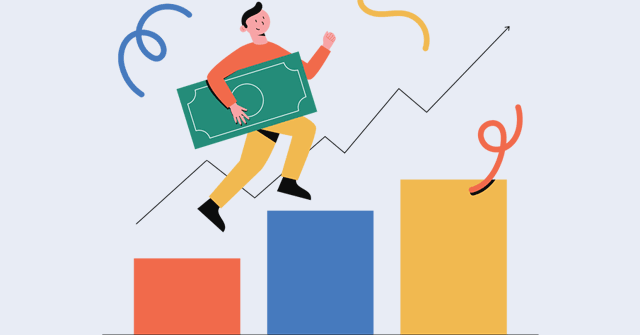 The state pension has always been a bone of contention for expats, but many are furious that they may miss a  bumper 8% increase as the COVID-19 pandemic distorts how the government works out cost-of-living rises.

The triple lock is the mechanism that sets how much the state pension goes up each year by the highest of the inflation rate, average earnings growth or 2.5%.

Chancellor Rishi Sunak is worried that average earnings figures show a false reading as people go back to work after the pandemic.

The data shows a 6% increase in average earnings, but economists predict the figure could reach 8% before the year-end.

The triple lock measures in September will determine how much the state pension rises in April 2022.

Speculation in Westminster is the Chancellor is ready to scrap the triple lock rather than pay an 8% increase.

The increase would cost the government £3 billion, which Sunak says the government can ill-afford due to the COVID-19 pandemic battering the economy.

News of the massive state pension increase has angered retired British expats around the world.

According to a government briefing report, 493,000 state pensioners live abroad, but their pension payments are frozen, meaning the government does not pay any cost-of-living increases.

Around 414,000 of these pensioners live in Australia, Canada or New Zealand.

State pensioners living in countries with a reciprocal social security agreement with the UK continue to enjoy the annual cost of living increases.

A frozen pension sticks at the same rate as when an expat first entitled to draw the money or the rate received when they left the UK if they picked up the pension before then.

The government steadfastly refuses to pay the cost of living increase to expats, arguing that they knew the rules would limit their state pension entitlement before leaving the UK and that the cost of updating their pensions is too much.

According to the Treasury, aligning the levels of frozen state pensions with those in the UK would cost around £640 million.

“The UK State Pension is payable worldwide to those who meet the qualifying conditions. It is up-rated where there is a legal requirement to do so, for example, where recipients living in countries where there is a reciprocal agreement that provides for up-rating,” said Tory life peer Baroness Stedman-Scott in answer to a written question in the House of Lords

“The government has no plans to change the policy on up-rating UK state pensions overseas; the policy is longstanding and has been supported by successive governments for over 70 years.

“The government understands that people move abroad for many reasons and that this can impact their finances. However, the decision to move overseas remains a personal choice.”

Find out how much expat state pension you’ll get

Expats wondering how much state pension they will get can find a forecast online using the government’s Check Your State Pension service.

If you are still working and paying National Insurance contributions, the amount may go up until the payment reaches the maximum level.

If you live where the state pension is not uprated, your payment will stay at that level until you return to the UK.

What is the state pension forecast?

The online check will tell you:

The estimate is not a guaranteed and doesn’t include any cost-of-living increases between now and when your state pension starts.

Some doubts about the accuracy of the data exist. The COPE forecast depends on linking your pension and NICs records between government departments and private pension providers. These records are not always complete.

What is my COPE payment?

Not everyone has a COPE entitlement. COPE is the amount of state pension you would have received if you did not ‘contract out’. Pension savers who contracted out paid more into a private pension instead of the government’s  SERPS additional pension.

COPE isn’t added to the state pension but included in your private pension.

The figure is an estimate because the COPE payment depends on the terms and conditions of your private pension.

How much is the state pension?

To qualify for the top payment, you must have 35 qualifying years of National Insurance contributions (NICs).

Expats with between 10 and 35 qualifying years can use a formula to work out their state pension.

For example, for an expat with 22 qualifying years, the state pension is:

If you are employed, National Insurance is deducted automatically from your pay along with income tax when you earn £184 a week from one employer.

The self-employed pay National Insurance based on their profits

You can get qualifying years if you don’t work through credits.

For example, you can gain credits if you claim Child Benefit, JobSeeker Allowance, Employment Support Allowance or Carer’s Allowance.

If you don’t get credits, you can ‘buy’ qualifying years to fill gaps in your National Insurance record with voluntary contributions. If this is an option, the State Pension Forecast will highlight the details.

Getting a state pension forecast

Besides the Check Your State Pension app online, you can phone or send a form to the International Pension Centre if you live overseas.

Calling the IPC from overseas

If my state pension starts in the UK and I move overseas, do I get cost of living top-ups?

While in the UK, your state pension is topped up each year in line with any cost of living increase calculated by the triple lock.

If you move to a country with a social security agreement with the UK, your state pension will carry on topping up as if you were still in the UK.

If you move to a country without an agreement, the state pension stays at the current rate.

How can I unfreeze the state pension?

The state pension reverts to the current rate to match your qualifying years when you become a resident in the UK or a country with a reciprocal social security agreement.

How do I know I am receiving my COPE payment?

You can find out about your COPE entitlement and payment from the private pension provider with which you were contracted out.

Can I receive the state pension overseas?

When do expats get their state pension?

Like everyone else, expats have a state pension age that varies depending on their date of birth.

The state pension starts at 66 years old for many workers, but the start date is later for younger workers.

If you don’t know your state pension age, you can check the date online