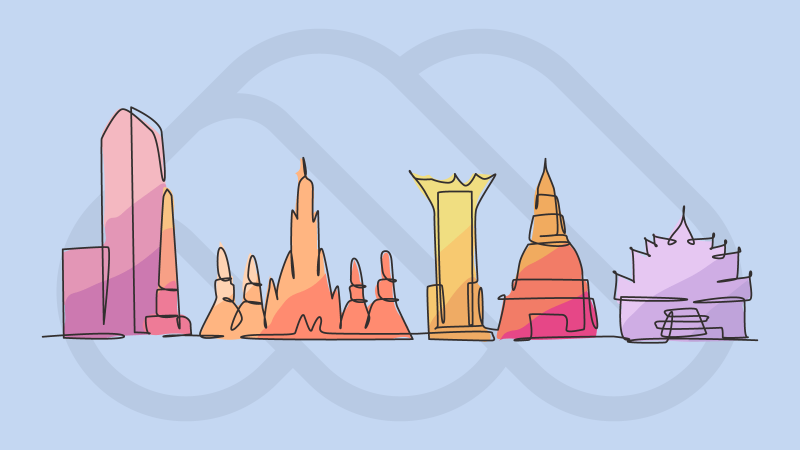 The Asia Pacific is a vast region stretching from New Zealand to the far north of Russia.

With such diversity in climate, language, culture and society, selecting the best places to live in this part of the world is tricky.

Most nations are UN members contracted to the Asia and Pacific Office. This term is abbreviated to APAC and is commonly used to describe the Asia-Pacific region.

While Europe and America have long been leading expat destinations, millions of people look further afield, seeking career enhancement in locations such as Singapore and Australia.

Here we’ll explore the best 10 destinations, ranked according to expat communities, weather, living costs, healthcare and educational opportunities to help you narrow down that shortlist.

Kicking off with the famously sunny Australian shores, home to 1.3 million British expats and a staple on the backpacking trail.

There are many reasons to consider Oz as your new home from home, not least that the Mercer Quality of Living ranking considers Sydney the 11th best city in the world, closely followed by Melbourne (17th) and Perth (21st).

The environment is clean, and over 80 per cent of Aussie residents live within 50 kilometres of one of the beautiful coastlines.

Aside from the guaranteed sunshine, Australia also offers an excellent healthcare system, alongside an outstanding private healthcare network.

All kids in Australia receive free state education, and there are world-class universities in Melbourne and Sydney.

Overview of Australia as an Expat Destination

Around 215,000 British expats live in New Zealand, split into North and South Island and over 700 smaller islands.

Auckland is one of the best cities to live in worldwide, placing joint third with Vancouver, Canada and Munich, Germany on the Mercer City Ranking 2019.

Life here is peaceful, with astonishing landscapes, low crime rates, and the naturally friendly nature of Kiwis, with roots in traditional Maori culture.

Work/life balance is outstanding, and even the most significant cities aren’t overcrowded.

Population density is 18 people per square kilometre (the UK figure is 281), giving some context into how spacious New Zealand feels.

There are roles here for skilled expats, and the New Zealand economy is growing fast. Most vacancies eligible for work permits are in IT, healthcare, finance and tourism.

Overview of New Zealand as an Expat Destination

In a different climate, 5,300 miles from New Zealand, we come to Singapore, with a 45,000-strong British expat community.

The climate here is sticky and tropical, but if you’re comfortable in the heat, it’s considered a straightforward place for expats to live, with excellent public transport systems, around 1.3 million foreign nationals, and a large tech industry.

However, it’s also costly – Singapore is one of the priciest cities in the world.

For expat families, the education system in Singapore performs exceptionally well. There are public schools, but many foreigners opt for a private international school to help kids settle in and learn the language.

Also to not is that the healthcare in Singapore is of very high standard.

Overview of Singapore as an Expat Destination

The next most popular Asia Pacific nation is Thailand, with 41,000 Brits.

From the busy streets of Bangkok to the incredible island paradises, Thailand is a low-cost place to move and a global tourist destination.

Around 95 per cent of Thai people are Buddhists, with historic temples found everywhere in the country.

The tourist regions around Phuket, Chiang Mai or Hua Hin are perhaps the most accessible places to live (since most people speak English), and Bangkok is a top choice for professionals.

You’ll find many visa options, including a four-year Smart Visa, which includes a spouse and children. To apply, you need to earn over 200,000 Baht (£4,545) a month and be in a designated industry.

Read how to apply for the Thai yellow book while residing in Thailand.

With 34 million visitors annually, petty crime and chaotic traffic are prevalent, but serious crime is scarce.

Overview of Thailand as an Expat Destination

There are 36,000 British expats across China and Hong Kong.

Life is somewhat different in Hong Kong than on the mainland – people speak Mandarin in China and Cantonese in Hong Kong.

Hong Kong is a prime attraction for professionals as the leading global financial. The islands are beautiful, peaceful, and you can hop on a ferry to travel to work or take kids to school.

Mainland China is more conservative. However, it’s easy to live here as a foreigner with lots of western conveniences, familiar brands, and amiable people – who are used to navigating everyday bureaucracies.

Overview of China as an Expat Destination

Japan is an incredible place to live, with a blend of tradition and modernity, unbelievably clean cities, and urban residential areas that look like nowhere else in the world.

Living standards are excellent, and you’ll find a festival almost every month of the year with 23,000 British nationals living here.

Pop culture, street fashion, e-sports and J-Pop are all hugely popular with younger generations, and the magic of the spring blossoms is otherworldly.

Costs in Japan are relatively similar to those in the UK.

Salaries are around two per cent higher, with rent about 16 per cent more affordable, but consumer goods cost 14 per cent more – on balance, it’s very comparable.

Japanese food is delicious and healthy. You’ll find more Michelin-starred restaurants than anywhere else in Asia, and life expectancies are some of the longest in the world.

Note that as an expat, you must have mandatory health insurance. However, the Japan Universal Health Care Programme covers non-citizens who remain in residence for over a year.

Overview of Japan as an Expat Destination

Let’s travel from one of the wealthiest countries in the Asia Pacific to one with a newly developing economy.

The Philippines is a beautiful place to live, with crystal clear waters and exceptional beaches throughout the 7,640 islands.

Around 14,000 British nationals live here, and although foreigners cannot buy land, they can purchase apartments – or condos – with most living in Manila.

Nearly everybody speaks English, and there are hundreds of local dialects.

This multilingual culture has led to a considerable increase in business process outsourcing (BPO) organisations in the country.

With a tropical climate, low living costs and attractive investment opportunities, the Philippines draws businesses, young professionals, families and retirees looking for a different lifestyle available on a modest budget.

Overview of The Philippines as an Expat Destination

Malaysia is a great place to live if you’re looking for space, rainforests and tropical beaches. The low population density offers all that in spades, with a community of about 13,000 Brits.

The MM2H (Malaysia My Second Home) visa programme makes it one of the easiest Asian countries to move to, primarily aimed at retirees.

The cuisine is incredible, and Malay people are famously friendly and welcoming. There aren’t any expat ‘zones’, but you’ll find foreign nationals living in all the local communities.

Expats have a range of public and private schools to choose from, and the healthcare services are first class, with hospitals in all the major cities.

Health treatments are of such good quality that Malaysia has become a medical tourism destination.

Overview of Malaysia as an Expat Destination

The ancient Indonesian culture is rich, and you’ll find a population of 259 million people, with around 11,000 UK nationals.

One of the best things about life in Indonesia is the relaxed, friendly and social outlook.

You’ll meet expats and locals from every walk of life, and although it’s the fourth most populous country in the world, everyone is welcomed and accepted.

The weather in Indonesia is tropical, hot and humid. You need to be mindful of the monsoon season (which happens twice a year) – and when it rains here, it really does pour.

Public healthcare in Indonesia isn’t great, so it’s advisable to have full private insurance, and work visas can be tricky to secure.

Still, the thousands of islands in the Indonesian archipelago are a unique place to live, with a choice between bustling cities or a quiet coastal life.

Overview of Indonesia as an Expat Destination

This tropical nation offers the highest global living standards, dominated by oil and gas industries, with over 40 per cent of the population being foreign professionals.

While famous for natural resources, the tiny island is also home to a biodiverse rainforest and exceptional beaches.

Income is tax-free, employment is well paid, and expats flock to Brunei from Western Europe and North America.

You do need to be conscious that Brunei is strictly Islamic, and you’ll have to understand the rules and laws about sexual contact, dress codes and public behaviour.

All drugs are illegal, and expats must hold a license to import alcohol – and then only to a maximum personal limit assigned.

There is a public education system, which is improving, along with outstanding international schools. Most children go to school in the capital, Bandar Seri Begawan.

Overview of Brunei as an Expat Destination

Which are the best Asia Pacific cities for young professionals?

The allure of career hubs and affordable housing means that 58 per cent of millennials around the globe live in the Asia-Pacific.

How is the quality of life different in the Asia Pacific From the UK?

Standards are high throughout the Asia-Pacific. In most of the top 10 countries, you’ll find that living costs are higher, but incomes correspondingly greater than the UK average.

Social security benefits are also generous, although most expats must take out private medical cover.

Can British expats work in China?

It’s fair to say that life in China is startlingly different from Britain, ruled by a long-standing communist government.

However, younger generations lead lifestyles closer to western norms than you might expect.

A Z-Visa is a Chinese work visa, and you’ll need to have an offer of employment before applying.

Can I move to Australia as a UK expat with children?

You can – although the visa application process can be pretty drawn out.

One option is to apply for residency as an individual (ideally through a work visa or investment route) and then apply to relocate your family members too.

Another popular visa route is to apply for a student visa, open to mature student applicants over 31. A student visa permits you to work, provided you attend a course of some kind.