Are Golden Visas Worth It After Brexit? 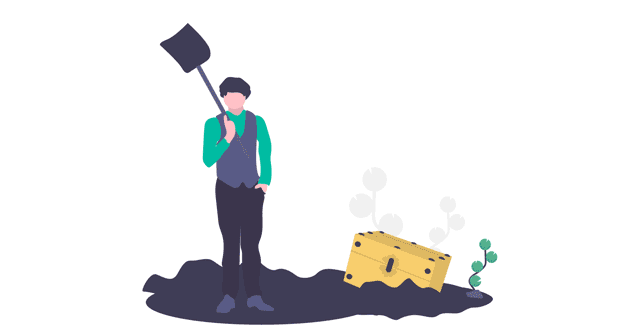 British expats can no longer spend as much time as they like in Europe now Britain has left the European Union. Are Golden Visas the answer?

Expats have lost the right to unlimited stays to live and work unless they already lived in the EU before January 1.

That time limit applies to the total stay in the EU. Border-hopping between countries to reset the counter is not allowed.

If expats overstay their welcome, they must apply for visas or travel permits. If they don’t, the risk is deportation back to the UK.

This rule change is particularly annoying for second homeowners who have retired to countries with a sunny, warm climate bordering the Mediterranean Sea.

British expats can still apply for residency in an EU country, but many turn their attention to so-called golden visas that allow them to buy a new life in the sun if they have enough money in the bank.

What is a Golden visa?

Golden visa is the popular term for expats gaining residency or citizenship in a foreign country through an immigrant investor program.

The number of countries offering golden visas is continually changing as governments tweak the terms and conditions or even withdraw their programs.

The investment needed to qualify for a golden visa ranges from $200,000 to $10 million or more.

A golden visa is a fast-track to citizenship for investors and their families and often comes with a passport, access to healthcare and education.

Another advantage of the scheme is visa-free travel within the Schengen Area, but British expats already have that privilege under the Brexit Withdrawal Agreement.

How does a golden visa work?

Governments dangle the carrot of a golden visa to lure wealthy entrepreneurs into investing some of their fortunes with them.

The schemes typically demand investment in a home or business that gives jobs to locals.

The rules vary between schemes, but the common threads are:

Some quirky rules apply to buying your home:

Applying for a golden visa

Be careful about putting the cart before the horse and take professional advice before applying for a golden visa.

Due to the amount of money involved in a golden visa application, expats considering the route tend to instruct lawyers to handle the matter for them.

Some governments want your application and proof of funds before investing, while others want to see investment followed by an application.

Get the procedure wrong, and you will have the time and costs involved in starting the process again.

While some golden visas invite a property investment, others demand contributions by way of:

During the COVID-19 pandemic, most countries have suspended or closed their golden visa opportunities.

Sometimes citizenship by investment is called a golden passport.

About one in four of the 192 countries recognised by the United Nations offer golden visas or passports.

The list below details the countries offering pre-COVID golden visas:

Portugal is the most popular golden visa destination for British expats since Brexit.

Austria, Greece and then Italy make up the rest of the top f our.

Here are the details of their golden visa options:

Portugal is one of the top ten hot spots for British expats.

Around 60,000 Brits already enjoy the warm climate, beautiful beaches and laid back culture of the friendly Portuguese.

As an EU nation and a Schengen Area member, Portugal offers the benefits of living in the EU to residents.

For expats buying a home under the golden visa, the minimum investment is €350,000 for a property that is at least 30  years old. The other options are €500,000 or €1 million investments. The larger the investment, the shorter the qualifying time for permanent residence.

An alternative route to the golden visa is investing in a business.

Several options are available, from creating ten jobs for locals to sinking €500,000 into an investment fund or venture capital.

The golden visa requires the holder to spend just two weeks a year in Portugal. The visa is renewable after two years. Holders can seek Portuguese citizenship after five years.

The Austrians are clear about what they want from expats seeking to retire or work there.

Nothing less than a substantial contribution to the economy will do. Substantial means just that – typical investments start at around €3 million and aimed at starting or expanding businesses to create jobs.

An Austrian golden visa is unique in many ways – mainly as Austria is the only EU nation to offer citizenship by investment to expats without prior ties to the country.

Like the other popular golden visas, Austria is an EU state and Schengen Area member for visa-free travel.

Popular with Brits as a holiday destination but lower down the list than France, Spain and Portugal as somewhere to move for retirement.

Greece is home to around 18,000 Brits dotted around the mainland and the scores of beautiful islands that float like jewels in the crystal blue seas.

Residency by investment in Greece is the cheapest in Europe and costs a €250,000 purchase of a home.

With that comes a five-year residency permit and the benefits of EU residency and Schengen Area visa-free travel.

More than 25,000 British expats already enjoy the dolce vita in Italy, so it’s no surprise many more are looking to move to the bustling cities of Rome or Milan or the rolling hills of Tuscany.

Residence by investment costs between €250,000 to €2 million and leads to citizenship after ten years.

Like most other EU golden visas, investors gain the rights of living in the EU and visa-free Schengen Area travel.

Who buys a golden visa?

Golden visa data is hard to come by, but many expats sheltering their finances under the schemes are wealthy families from Russia and China.

A study by the International Monetary Fund in 2015 suggests more than 100,000 Chinese nationals bought into one of the available schemes between 2007 and 2016.

The Canadian government also revealed more than 75% of applicants for investment visas were from China.

Lawyers working in the golden visa market argue that many applicants from the UK and USA regard the schemes as part of their retirement planning by relocating to a country with lower taxes charged against retirement income.

Golden visas are family-friendly. Most accept spouses, dependent children, and some will include other dependents, like parents. However, anyone over 18 has to make their applications separately.

If I get a golden visa, do I have to live in that country?

In many cases, if you have a golden visa, providing you have met that country’s investment requirements, you do not have to live in the property or even visit the country.

Where is the Schengen Area?

The Schengen Area is the name of the European Union visa-free travel zone that includes most of the bloc’s countries. Bulgaria, Romania, Croatia, Cyprus and Ireland are outside the zone.

Further related guides can be found following the links below

Home » Insights » Are Golden Visas Worth It After Brexit?